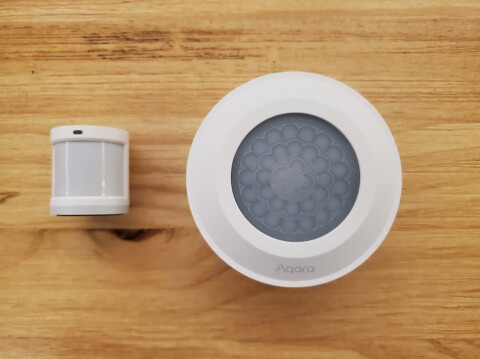 Just bought one of these from AliExpress on the off-chance that it will work with CORE as @Markus has had one of these motion sensors since Nov 20 and gave a glowing review here as well.

Since then it looks like Zigbee2MQTT has released a driver for it recently.

At $50 a pop I’d need a very good reason to go with one of these but Markus’ review sure makes it look good. I look forward to your experience.

Zigbee2MQTT has released a driver for it

Then it will work with CORE.

I’m not sure why you posted this in the beta group. Maybe @april.brandt will move it to public exposure.

Since then it looks like Zigbee2MQTT has released a driver for it recently.

I assume this (along with ZWave2MQTT for ZW devices) is the only thing necessary to be “compatible” with CORE since they intentionally are not trying to reinvent the wheel.

Nice. I was just looking at this the other day it’s pretty decent assuming you can find one. It works with Z2M as well see here. 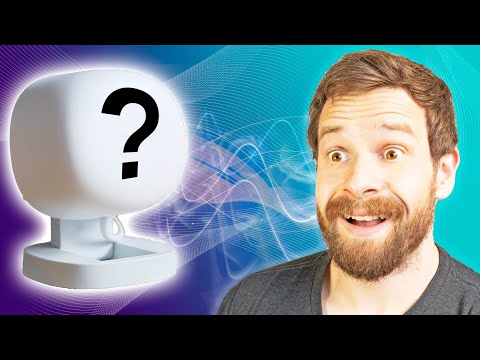 Oooh, I’d like to get my hands on one or two of those TP1s. Couldn’t find them on AliExpress though. I was thinking they’d be great for beta testing the CORE with.

(And just as I’m sitting here in the living room writing this, the lights go off because I’ve been too still for too long. The TP1 would sort that issue…)

@markus Can you hook us up with this mainland China only device?

@Mattias they’re available for about 70USD here, not sure about if they’re in stock, but multiple online vendors are selling them for about the same price.

This just popped up on my feed as well: 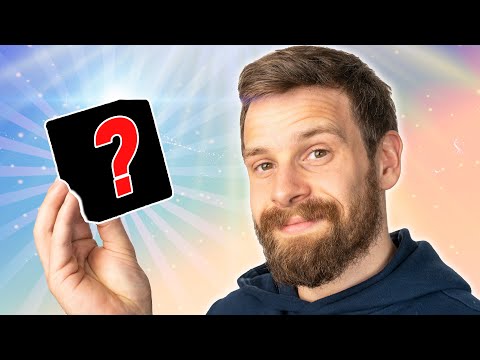 @Mattias following on from my purchase of the RTCGQ13LM I have now also found and ordered the FP1 on AliExpress.
Try this link Aqara FP1 , 19 left at present so go grab one (or two).
Now which arrives first, CORE or the Aqara’s

Yeah I did see that as well and while it’s cool I also saw complaints/issues on the HA forum he linked back too. I think a lot of that came down to the 24Ghz chip he used as opposed to the more superior 60Ghz chip used in the FP1.

Thanks for that mate I have ordered 1 as well. I will start with 1 and see where it best fits in my house then try and get more if all goes well. Also worth noting is that same store sells the hard to get T1 Zigbee 3.0 motion sensors too see here.

And also the Aqara Human Body Sensor P1 Wireless Illumination Sensor Aqara P1. So much choice and is the T1 better than the P1 or the other way round?

Nice, as far as I understand it the T1 is an exact copy of the older model but is zigbee 3.0 which is good if you want to reuse the base from the older sensor that might be stuck to a wall

. The P1 is zigbee 3.0 but it has a dual battery configuration so can last about 5 years but it won’t fit the same base…

Thanks @CliveS ! I’ve ordered one now. Every time I order from Chinese sites I wonder how they can offer freight at only a couple of dollars, if that… Even ordering something locally here from the next city over is at least 7 dollars

I wonder how they can offer freight at only a couple of dollars,

Super simplified but basically that would be down to trade agreements, subsidies, and packing shipping containers to the brim before sending them

EDIT: the link is live again with 20 items available of each 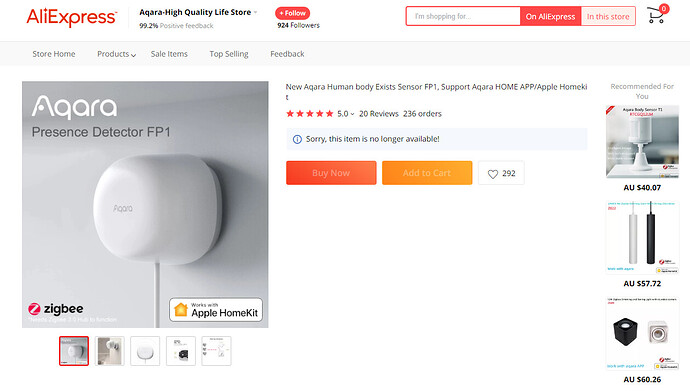 For any who haven’t gotten one, honestly you are not missing out.

There is about a 4 second delay before any motion is detected, most of the “features” such as left/right detection and non motion tracking rely on algorithms which are far from accurate.

If you haven’t taken the plunge I would wait for v2 which will hopefully have a more powerful processing chip and update algorithms.

Total cost to build your own is under $10, and right now you can get equal or better results on your own. Add in a PR sensor and you have every use case covered.

By v2 I expect the bugs to be worked out, a PIR sensor to be added on for faster initial triggering, and these to be worth getting.

That being said I sold mine after having it for 3 days as it couldn’t hold a candle to the home made verison. YMMV

That is what I gleaned from the video as well. One question I had though, are any of these solutions battery powered or are the sensors just too much of a battery hog to do that right now? This type of sensor seems to be the future especially with the ability to bounce around corners, but if it can only be hardwired then deployment is going to be hampered.

I honestly doubt we will see a battery powered version, UNLESS maybe they incorporate a PIR sensor for initial detection with the micro used to monitor for fine movements, use OTA power, or incorporate some form of in built recharge system.

The reason a PIR sensor can last so long is when not actively being they are basically asleep not using anything but a sliver (we are talking sub 10ma) of power.

Generalizing quite a bit for time and space reasons…

A PIR sensor use a pair of pyroelectric sensors to detect heat energy in the surrounding environment. These two sensors sit beside each other, and when the signal differential between the two sensors changes (if a person enters the room, for example), the sensor will engage. This sends a high signal to the control board which wakes it from a sleep cycle and sends off the notice it is active. Once that differential is gone (no movement) the board enters a countdown state at the end of which if no motion has been detected an inactive signal is sent and the board goes back into sleep cycling.

The micro detection however has to constantly send and monitor the feedback of the microwave signal. On top of that you have to run some algorithms against the incoming data to determine distance, direction of motion, resolution, eliminate false positives etc… Very CPU intensive.

So while yes you could run the micro sensor off of a battery, the battery isnt going to last very long unless you have an active power source, or another sensor being used to trigger the micro sensor allowing the device to enter a deep sleep cycle when the room isnt occupied.

Side note, if you monitor those P1 sensors on the left/right or distance detection features you can usually still get near instant automations, you will just be more likely to get false positives

Dang, I don’t check the forums for a few days and all the cool stuff is out of stock! Waiting for v2 of that microwave sensor definitely sounds like a good idea tho