TP-Link Omada (Unifi minus the $)

I’ve been testing out TP-Link Omada for while now, which is a blatant rip off of the Unifi SDN. It actually works really well at about half the cost. I run it at a couple larger residential properties I support, and thinking about moving my own internal infastruce to it. It’s got great reviews by the normal networking YouTubers as well. The biggest downside I’ve seen is they copied UNifi so tightly, that all the Unifi issues (think firewall) also exist in Omada.

If your in the market for a new router/network, and thinking SDN you might want to consider,

I bought this system and returned it and bought a Unifi system. It sounds like you had better luck than I did with it. Perhaps the firmware has improved since I tried it. The reason I returned it was because of the lack of layers.

How so? like VLAN’s? (fing “switch profiles” another Unifi thing)

Yes, but it was over a year ago that I looked at tplink. But there’s no chance of me switching now. I’m too invested.

But they are there and do work. As good/as bad as Unifi’s ‘switch profiles’ (why can’t we all just use the same words!) 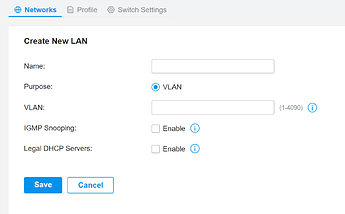 I just switched out a dying Unifi AC Pro for TP-Link’s EAP660 HD last month, after seeing all the issues people had been having with Unifi’s wifi 6 gear I figured it was worth trying. It’s been working flawlessly since I got it set up, got one of their switches now too, so far I’m liking it, I’ll probably never use any of these prosumer solutions as my router, they’re not flexible enough IMO compared to pf/OPNsense

I’ve heard that thing is a monster size wise. I’d like to open one up to see why it’s so massive.

It is absolutely gigantic compared to the usual unifi APs. Not taking mine apart, but this review has a few internal pictures

The abbreviation AX3600, found in the description and displayed on the packaging of the TP-Link eap660 HD access point, means a total bandwidth of 3550 Mbit / s, which means that you can finally feel a real speed advantage over the top-end APS of...

Seperate PCB for the antennas and a massive heatsink, looks like they were concerned about thermal management. Performance is great, better than I expected actually. Still surprised I get nearly 1gb/s on a shared wifi network

That’s a complete ripped of Unifi. How do they even get away with that. Did they merged or something?
I am so frustrated with Ubiquiti and availability. Been eying a 24 port POE switch for months now.

Did they merged or something?

Unfortunately this is a shining example of a Chinese company stealing American intellectual property and reselling it to the American consumer (and everyone else).

So why did I try, and now suggest using them?

I am so frustrated with Ubiquiti and availability.

Is this part of China’s plan, and why they want Taiwan (for Taiwan Semi worlds’ largest chip maker)?

Amazing how TP-Link has plenty of stock and our companies don’t. American companies are finally feeling the plan of shipping all manufacturing offshore and hoping for the best.

Intel is building a foundry so manufacturing is slowly coming back, but with American labor rates we’ll never seriously complete without government/tax funding (what a stupid circle, more pay - more taxes - more subsidies.)

We can blame ourselves for this shortcoming. Short term gain and long term pain.
Don’t even mention Video Card. Even my son gave up which is extremely rare when it’s video game related. Maybe that’s a gain for me

Yup opnsense user here and I agree. Sold my UXG and went back to a opnsense router as unifi sucks at everything but waps and switching.

I am actually on the lookout for a router. I thought about the upcoming Unifi Dream Router. On what kind of device are you running opnsense?

also check out Untangle. I run the free version at many sites, and it works well. I run it on anything from a tiny $200 mini computer (anything with 2 NICs), to Dell poweredge servers. Depends on the load and available equipment.

Not to say opensense isn’t good just another option.

I have a unifi U6-Pro. How does this compare? Looks like the speed is slightly lower overall but should actually be faster since it has a 2.5 port. Is that accurate? What speeds do you get to a ax client?

Edit. I’m not upgrading till wifi 6E but I’ll keep an eye on tplink. I looked into them a year or so ago and they didn’t look compelling from a price or feature perspective. Looks a tad better now. I see you can self host the controller so no extra hardware needed. I’m looking at the U6-Enterprise that has a 2.5g port and wifi 6E but I don’t care about 6E at the moment, a 2.5gb port is much more appealing.

I used untangle for a couple years. It’s ok. I found it a bit tedious. Running opnsense now with sensei. You can accomplish a lot using those tools. Untangle may be better for enterprise or small business though as it has ssl inspection on all tiers. Both are great. I spose if I had another 1u server I’d throw untangle in the rack and bridge opnsense and lan. It works really well in “bridge” mode (brouter)

Nope. If you are on here I’m assuming you are somewhat of a power user and / or know your way around a network in which case a unifi router is lacking a metric ton. I run opnsense off of a protectli type box I got off ali express. Fun fact it runs an unreleased intel cpu engineering sample but it’s really fast (8365u is the branding but CPUz shows some random i7 that was never released and a model that doesn’t exist, assuming it was built from factory leftovers). And was like a third of the price. Wouldn’t do that for anything but home.

eventually I’m moving opnsense to a 1u mitx case but that’s down the line. Itx isn’t cheap and prices what they are these days I’m holding off.

With 10 clients other clients connected to the 5ghz band running normal background traffic, avg 750Mb/s from local server to my laptop, spiking up to 900Mb/s at times. The old ac ap’s can only run ~300 in the same test
From my phone to my laptop, both ax clients over the same AP, ~350Mb/s, but the phone is a bottleneck there. I’ve noticed the network is much more responsive overall, but the AC pro ap it replaced was at least 5 years old and started randomly rebooting