So a buddy of mine wanted to renovate his home theater after having a very odd layout (5.1.2 with front heights that had crossing tweeter and mid-range paths between left and right [lol ikr] and was configured as a 7.1 to make matters worse) that I offered to fix. After many iterations and an addition of a pair of overhead in-ceiling speakers, it went from a 7.1.2 to 5.1.4 with rear heights, to eventually 5.1.4 with front heights, and it is finally in a good place I think.

And I thought, silly me, that this would be the complicated part of the journey, surely the TV (supports 4K and various HDR’s), the receiver (brand new and even supports 8K), and the content (Chromecast with Google TV) would be plug-and-play, but no, of course no. The TV was fine minus the issue with HDMI-CEC, but that is honestly CEC being universally horrible more than anything else, the receiver was fine as well as I used high speed HDMI and everything, but the issue was with the content. Has anyone else had issues with streaming atmos content because to me it seems like a wild-west out there, with no central repository of what devices support what formats on what platforms, which leads to forum hopping and getting widely out of date and often incorrect accounts of what is going on.

So according to my research, for the money the Chromecast with Google TV seems to be great with basically every platform on it, in addition to the great casting platform. And when it works, it does work great, Prime Video streams atmos at no issue with no hiccups. Then I moved to Netflix, which again according to online says it should work, and it technically does, but for some reason you have to force it into atmos as it doesn’t detect it like Prime Video streams did, which is fine, annoying, but workable. Then I moved onto HBO Max, and for some unknown reason atmos does not work at all.

So I went back to drawing board, and for some weird reason, Prime Video says it DOESN’T support atmos on CCwGTV, even though it does, Netflix says it supports it as well, which it technically does, and HBO Max says it should but wait there is a note at the bottom: Note: Dolby Atmos is not available with Chromecast with Google TV, Roku Premiere, and Roku Streaming Stick+ and no additional explanation is provided. To make matters worse, according to HBO MAX’s own forums and the associated reddit, people had atmos working on CCwGTV about a month ago and then a software update broke it.

So I started looking at other devices increasing the budget of course, going from the Apple TV 4K to the Nvidia Shield TV to the Fire TV Cube 2nd Gen to the Roku Ultra (2020). ATV and the Nvidia Shield TV supposedly has atmos supported everywhere that offers, but who knows if I can trust that. Fire TV Cube supports the three platforms I listed, apparently it doesn’t allow atmos on VUDU. And according to the platform websites, the Roku supports everything but Netflix, but again there are reports online that it does, so at this point I have no clue what to trust.

I swear they are just pushing people to buy Blu Rays because I consider myself very technically minded, and even for me this is an absolute shitshow. Am I alone in this or have other people’s experiences been basically the same? Maybe it is better on the high-end streamers, but the issue seems to be much more of a politics-based platform <-> device issue more than it is a technical issue. The most frustrating part is that Atmos playback does not really seem all that complicated for the media streamer at least since all processing is done on the receiver. It uses all the same codecs that all these platforms and devices already support (Dolby Digital Plus, Dolby TrueHD, and Dolby MAT, MAT less so, but that is another discussion) and just provides a metadata layer on top that the receiver reads and sends the signal to the appropriate speakers. Also, I am not even touching the topic of having a device support Atmos decoding versus just Atmos passthrough and have the receiver decode, which IMO is actually preferable. Not exactly sure why passthrough is not just widely supported, but I digress, and this has gone on long enough.

Anyway, thank you for attending my TED Talk and I think the rant is over for now, I feel much better

P.S. This is the best resource I found for Atmos compatibility currently, but of course it is as risk of falling out of date: 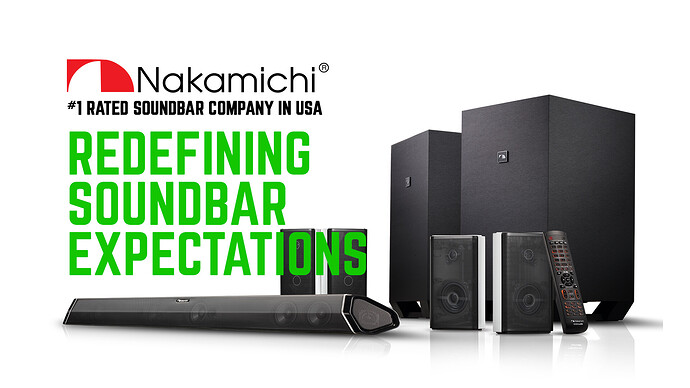 It feels very much like every company is out to ring-fence their own little slice of any given demographic.

This guy has taken the time to really nail down what all the specs, differences and capablilites of the various fire tv devices.

It is really a treasure trove for info on amazon devices in general.

Other than that I agree this stuff is so all over the place it is really hard to know exactly what you are getting until you have it hand.

I’m only here for the support. This sounds like a typical rant I have whenever I play with any new tech.

Oh … give me a brand new Sonos Beam… wait it doesn’t work with DTS but works with DD. Oh my TV audio out is adding a delay and doesn’t pass surround sound so I have to buy a 2nd device. Why doesn’t it jus tall work!